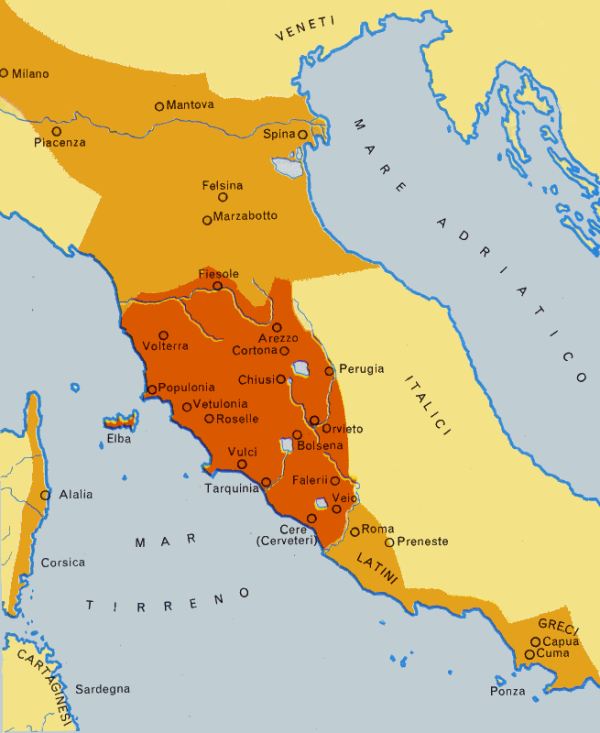 Buried beneath a wine cellar in the Umbrian town of Orvieto are remains of an Etruscan pyramid, the first ever to be found in Italy. A team of Italian and US archeologists are working to uncover the remains of what has turned out to be an amazing discovery, according to this interesting Discovery News article. Etruscan pottery dating from the 6th - 5th centuries BC, stairs and tunnels have been found inside.

The Etruscans were a pre-Roman civilization who lived in Etruria, in what is now western Umbria, southern Tuscany, and northern Lazio. Etruscan sites around Orvieto include tombs and remnants of the Etruscan wall. One of the top Etruscan places to visit is Tarquinia where there are many painted Etruscan tombs and an archeological museum. Other towns with Etruscan sites include Volterra, Cortona, and Perugia.