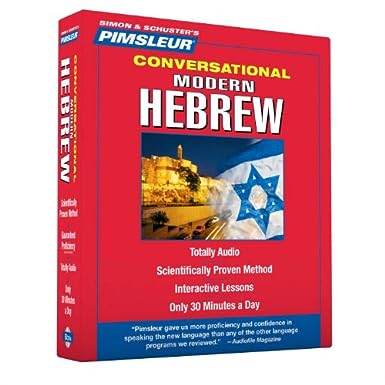 What are People Saying about the Pimsleur Language Programs?

"I LOVED Pimsleur's Spanish I. I am learning much better than the individual lessons I am taking from a personal tutor. I play the CDs and 'talk to myself' each day in the car and when I get ready in the morning. The biggest compliment I get from my Mexican friends in on my accent, which I attribute to the CDs. As a Canadian from Vancouver originally with no experience in Spanish, I think Pimsleur's Spanish has been very good for me. Thanks for such an easy and effective program!"
--C. McIntyre

"I think that these are the best tapes that I have every used to learn new languages"
--H. Pross

"I want to tell you that Pimsleur Hebrew is even better than expected! Hopefully they'll come out with a Level III soon."
--S. Ferguson

"Thanks Pimsleur! I have been trying to learn the Arabic language for years and this is the first method I have found that works for me."
--P. Vamvas

"We are adopting a 13 year old girl from Russia and I have been working my tail off to acquire the language. I've been studying Russian for a few years and the Pimsleur course is exceptional."
--K. Andrus

"Wow! These are wonderful! I can't wait until I get through this course so I can order more."
--T. Farrell