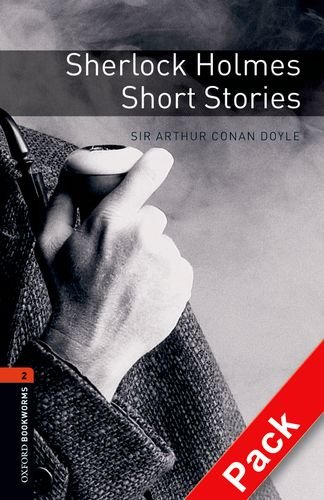 From 1891 until 1927 just three years before his death Arthur Conan Doyle published over fifty short stories featuring Sherlock Holmes which at regular intervals he gathered into collections. It is largely upon the popularity of these shorter works of fiction that Holmes' fame and Doyle's reputation rests. The first six of the "Adventures" appeared in Strand Magazine from July through December 1891 and the second half dozen from January through June 1892 and they were published in book form as The Adventures of Sherlock Holmes in October. Doyle followed the same pattern the next year and his second Holmes collection The Memoirs of Sherlock Holmes, arrived in time for Christmas 1893. But after two years Doyle grew weary of turning out what he felt were inferior works of fiction and in the December story of 1893 "The Final Problem" he killed off his famous detective in a fatal struggle with Professor Moriarity his arch nemesis over the Reichenbach Falls in Switzerland. However Doyle could not escape Sherlock Holmes that easily.

Doyle's readers protested the death of Holmes' and clamored for more stories. In 1899 William Gillette began his 33-year run in Sherlock Holmes a play based on Doyle's character which he had written with the author. The enormous success of the drama further increased the popularity of the detective and his faithful companion Dr. Watson.

Finally bowing to public pressure and substantial financial inducements Doyle published in 1903 "The Adventure of the Empty House" which brought back the missing detective and provided the first of another series of stories which would be collected in The Return of Sherlock Holmes in 1905. From then until his death Doyle published continuously if not regularly another score of Holmes' tales which were collected in His Last Bow and The Case-Book of Sherlock Holmes. In the end his famous detective won eclipsing both Doyle's personal fame and the importance of his other writings.

Over 65 years ago in his review of The Complete Sherlock Holmes Short Stories T. S. Eliot remarked that he really could not think of anything which was comparable to Sherlock Holmes so unique was he as a fictional character and literary phenomenon. Even Edmund Wilson who wrote so disparagingly about detective fiction admitted in his essay "'Mr. Holmes They Were the Footprints of a Gigantic Hound' " that he was addicted to the Holmes stories and found them "literature on a humble but not ignoble level." Wilson also praised the imagination and style of Doyle's prose the wit of both the dialogue and the deductions and the invention of a vein of fantasy that he felt was more vivid than Robert Louis Stevenson's.

However critics have been divided in their assessments of the later stories. Eliot thought the last two volumes showed Doyle in "mental decay " and were marred by repetitions and weak plots; however Wilson loved the stories and found them extremely funny in spite of their thinness of plot. In the end both critics agreed that the quality of the tales wasn't all that important and that it was the vitality of the characters of Holmes and Watson which made the fiction successful. For with the passing years Wilson wrote Holmes in some senses had become detached from his creator and had assumed a life of his own.