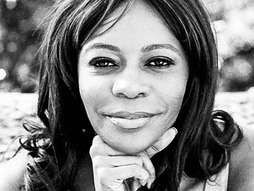 Dambisa Moyo's work examines the interplay between rapidly developing countries, international business, and the global economy -- while highlighting opportunities for investment. She has travelled to more than 60 countries over the past decade, studying the political, economic and financial workings of emerging economies, in particular the BRICs and the frontier economies in Asia, South America, Africa and the Middle East. Her latest book, Winner Take All: China’s Race for Resources and What It Means for the World, looks at how commodities markets influence much more than the global economy -- and examines the possible consequences of China's unprecedented rush for commodities such as oil, minerals, water, and food, including the looming specter of commodity-driven conflict.

She is the author of the brilliantly argued Dead Aid: Why Aid Is Not Working and How There Is a Better Way for Africa and How the West Was Lost: Fifty Years of Economic Folly and the Stark Choices Ahead. Previously, she was an economist at Goldman Sachs, where she worked for nearly a decade, and was a consultant to the World Bank in Washington.