" A Christmas Carol" by Charles Dickens 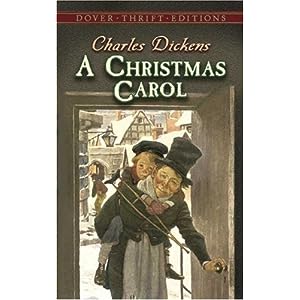 Charles Dickens, (1812-1870), was the most popular English novelist of the Victorian era, and one of the most popular of all time. He created some of literature's most iconic characters, with the theme of social reform running throughout his work. The continuing popularity of his novels and short stories is such that they have never gone out of print. Much of Charles Dickens' work first appeared in periodicals and magazines in serialized form, a popular way of publishing fiction at the time. Other writers would complete entire novels before serial publication commenced, but Dickens often wrote his in parts, in the order they were meant to appear. The practice lent Charles Dickens' stories a particular rhythm, punctuated by one "cliffhanger" after another, to keep the public eager for the next installment. His work has been praised for its mastery of prose, and for its teeming gallery of unique personalities, by writers such as George Gissing and G. K. Chesterton, though the same characteristics have prompted others, such as Henry James and Virginia Woolf, to criticize him for sentimentality and implausibility.